Bridging the Gap: 7 Ways to Attract and Keep Younger Employees 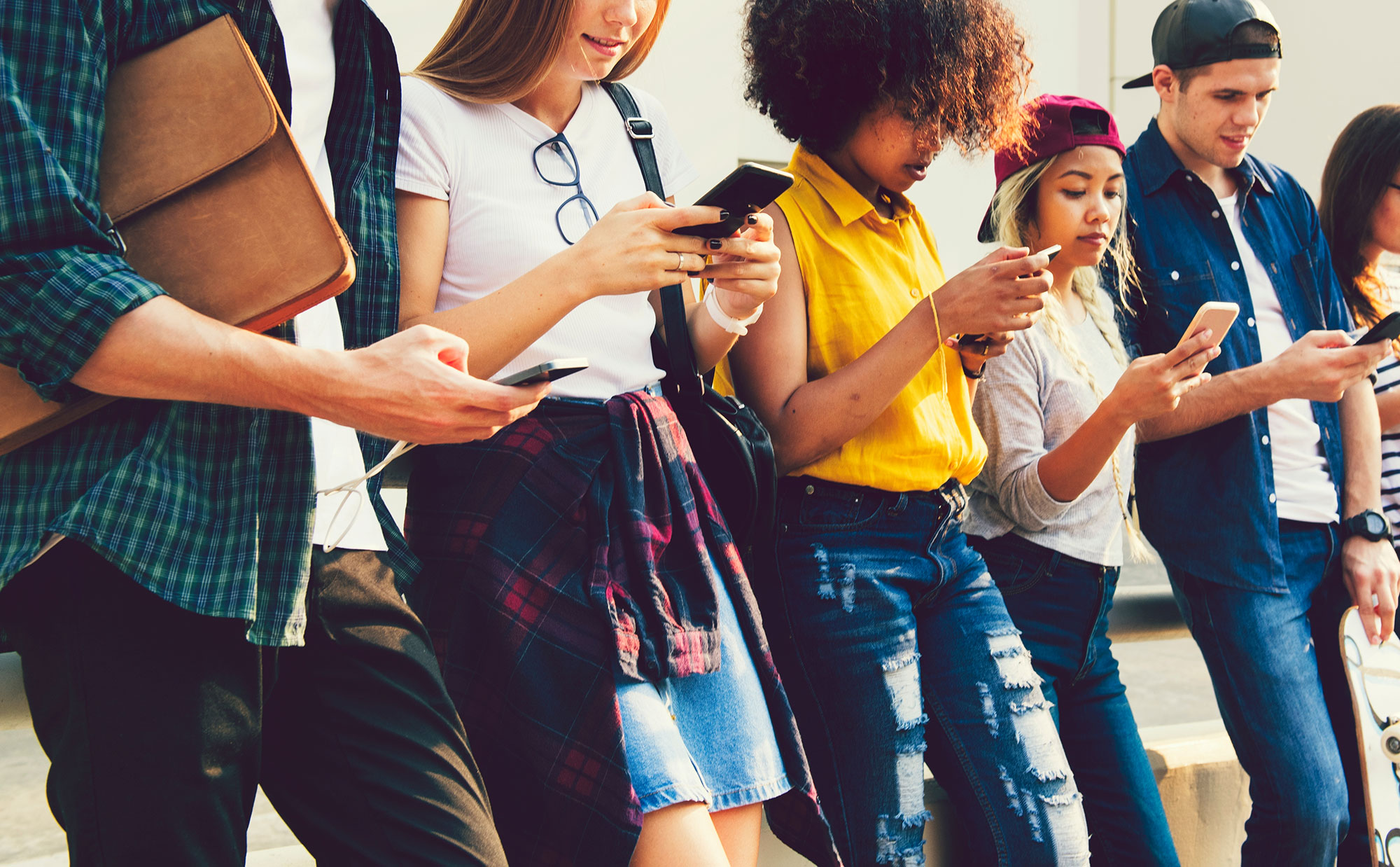 As technologies and attitudes evolve, there’s been a decentralization of the traditional cubicle or office space. Many enterprise employees think of work as being platform-agnostic: independent of a specific technology or area. People don’t necessarily go to their “work computer” to send an email anymore; in some cases, they don’t even go to an actual corporate office to get work done, as work documents and folders have moved to the cloud or a network drive, and can now be accessed from any mobile device approved by IT.

Consumer behavior drove this enterprise habit; smartphones are pocket computers, so we can stay in touch with friends and family and access our personal data from anywhere. This consumer behavior has translated into an ability and desire to work anywhere, from any device.

By 2021, millennials and Gen Z will comprise the majority of the worforce – 66%

Consumer technologies are often a step ahead of workplace technologies, but younger populations adopt and normalize them very quickly. This means younger employees feel a disconnect when they use high-tech devices and applications in their personal lives, but then have to work on dinosaurs (like desktop computers and landline phones) for eight hours of their life.

By 2021, millennials and Gen Z will comprise the majority of the workforce – 66% – which means enterprises need to solve this disconnect in order to stay competitive, retain employees, and maximize output from younger employees, who provide a unique perspective and talent: fluency with tools that can accelerate a company’s growth if channeled correctly.

All of these things are especially important when we realize that Gen Z is the first generation made up entirely of digital natives – people who have never known anything but a world ruled by mobile devices and screens. According to Inc., “[Gen Z] is a group of people who grew up with wireless technology, people who do not remember the VHS, or a world without Internet or wireless technology. As a whole, they have much to bring to the workforce and expect much back.”

There are seven main areas of consideration for enterprises looking to bridge the gap between current practices and younger employees:

Phones: Millennials were the last generation accustomed to making phone calls. Younger millennials and Generation Z prefer to communicate via text, interactive chat apps or – only if needed – email.

Desktop phones already are decreasing in popularity and use, and someday may go away altogether. Many enterprises now provide mobile smartphones to their employees for work use, or offer credit toward phone bills for employees to use personal smartphones for work. Smartphones now function as a device on which to work, as well as a way to make business calls – on the rare occasion an employee chooses voice as their communication method.

PCs: In early 2016, Apple chief executive Tim Cook predicted the death of the PC, saying that people will start to use tablets as replacements for laptops and desktops, and that soon may become the reality in the workplace as well.

This is especially true as the bring-your-own-device (BYOD) movement grows. People will increasingly gravitate toward working on the devices on which they feel most efficient, and PCs are not always younger employees’ preference. These younger employees expect to be able to use their own devices and have them seamlessly integrate with their workplace.

Hiring processes: Gen Z is less enamored with the idea of a traditional college education than their older counterparts; they care less about acquiring a degree, and more about developing skills, whether through video tutorials on sites like YouTube, Udacity or Lynda.com, or practical experience, like freelancing.

Even Gen Z members who do go to college may earn a degree in one subject and then add additional skillsets in another using certificate programs – for example, someone may earn a bachelor’s degree in communications, but then take coding boot camps to earn certificates in languages like Python or HTML.

Enterprises need to rethink how heavily they weigh traditional degrees, focusing on proven talents and abilities instead of looking only at candidates’ educational backgrounds. For example, when seeking potential employees, employers should consider people with a back-end developer certificate from a reputable program like Udacity, and not just candidates with a computer science degree.

Employers also should be looking for self-starters. Because Gen Z-ers have so many platforms and new methods for content creation, many have passion projects – from Instagram accounts dedicated to their pets or houseplants to a YouTube channel for technology reviews. This unique and often overlooked experience shows both creativity and a willingness to experiment with new ideas and tools.

This scrappiness can be an asset to any employer, as it shows what an employee can do when presented with limited resources or new projects that don’t have a defined process. As enterprises move further into digital frontiers, employees who can create something from nothing and aren’t afraid to experiment with the latest methods or tools can be a godsend.

Digital and physical documents: A Mopria survey found that the majority of people (57%) prefer to take notes on a digital device so they can search them later, but only 36% of respondents said they preferred taking notes digitally to share them. This seems to indicate a desire to have information easily accessible and searchable at a future date.

When the same share-or-search question was looked at in terms of age groups, younger respondents valued the searchability even more highly than their older counterparts – 70% of those 18-29 valued digital note-taking for searchability.

While many believe the value of a digital file is that it’s portable and easily shareable, this survey seems to indicate the real value is that it is searchable. Digital notes that can be searched allow people to “offload” a portion of their brain (meeting notes, for example) by moving information to a digital realm, and then recall it later by typing a few keywords into a server.

Enterprises should ensure that the digital data and documents employees need to be productive are searchable on a variety of workplace devices, yet also able to be turned into physical documents to encourage and enable sharing. Digital natives like younger millennials and Gen Z rely heavily on tech and never doubt that it will work, and function and accessibility matter more to them than physicality. This is in contrast to older generations, who may prefer having access to both digital and physical files, as well as the choice of which to use.

Especially in an enterprise environment, a printer’s location, accessibility and ability to print must become simpler and help connect various ecosystems within an office – either physical or virtual – as well as various age ranges within multi-generational workplaces. Integration with mobile devices is the natural next step to keeping employees of all ages connected from wherever they’re working and whatever they’re working on. This includes having advanced printer functions like stapling, collating, and scanning directly from a mobile device.

Cloud: Be open to cloud computing and cloud-based applications. Many businesses opt for more traditional applications like email or desk phones, or software suites like Word and Excel, but increasingly people want a more collaborative environment supported by the cloud – tools like Slack, Google Hangouts and Google Drive.

Internal communications: Develop plans and procedures on how to balance the flexibility of BYOD with the security IT infrastructure requires. Have clear policies on how personal devices can be networked and used. Even in more traditional workplaces, it’s important to give employees the ability work on a phone or tablet.

Understand that younger workers often are, or desire to be, platform- and location-agnostic, and thus require communication and feedback in nontraditional ways. To get the most out of this new generation in the workforce, find ways to communicate that make it easy for them.

Flexible work policies: It’s becoming non-negotiable for workplaces looking to attract young talent: Flexibility is everything with millennials and Gen Z, and that can mean anything from telecommuting one day a week, working from home on demand, flexible arrival/departure times, or even working remotely for months at a time.

The ability to telecommute is seen as major asset for younger employees for several reasons.

While many employers spend time creating inviting work spaces and even entire campuses with perks like gyms, free snacks, yoga rooms and more, younger generations equally desire the freedom to work anywhere. Flexible work policies are seen as a major perk, and enterprises can turn their policies into recruitment strategies to attract top talent.

The Way of the Future

It’s important to see current workplace technologies as tools that must adapt to meet modern employees’ needs. Enterprises are at a crossroads, with many feeling caught between a false binary of siding with either the old or the new. The reality is much more nuanced, but shows a clear opportunity for corporations to maximize output from new employees while introducing an aging workforce with new skills.

As consumer expectations of technology continue to bleed into the workplace, and younger, tech-savvy employees join the workforce, organizations that choose to adapt will reap the rewards of an optimized workforce.

Allan Sahagun is Product Management and UX section manager at Kyocera and part of the Mopria Alliance marketing working group.

Allan Sahagun is Product Management and UX section manager at Kyocera and part of the Mopria Alliance marketing working group. 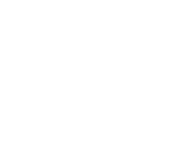